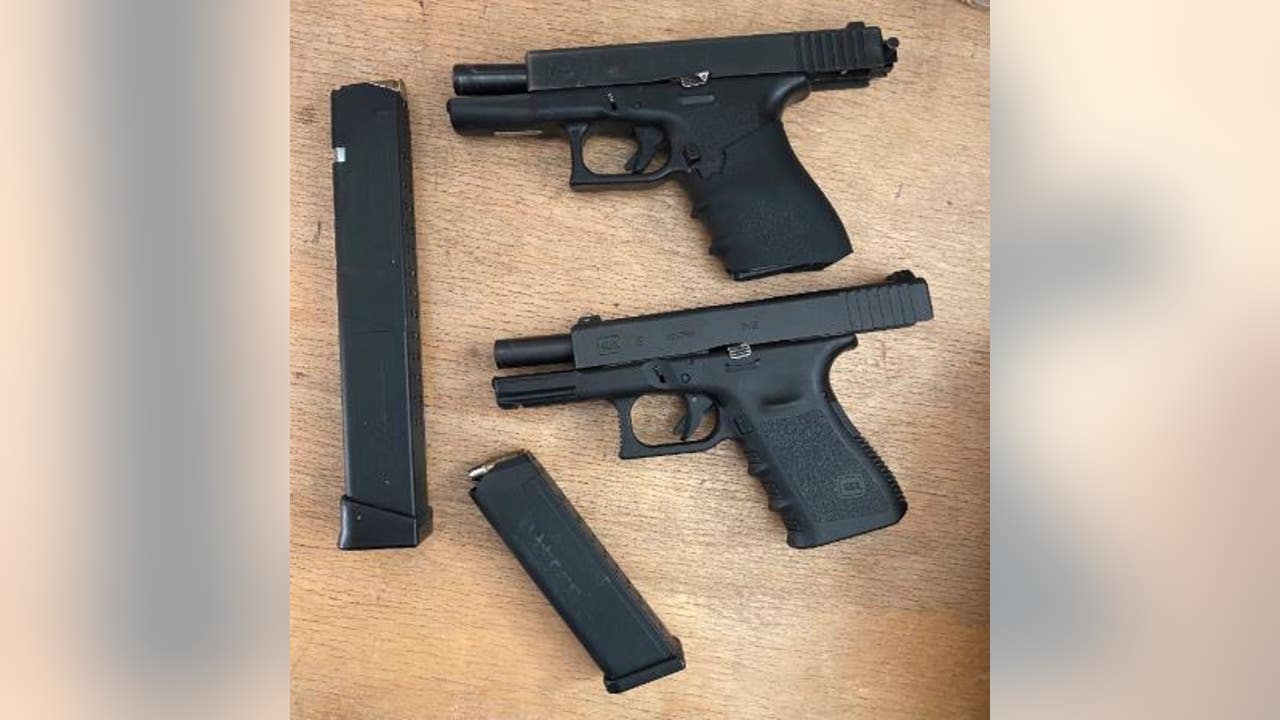 OAKLAND, California – A fire station in the Oakland Hills would appear to be an unlikely location for a confrontation over guns, let alone a confrontation in which firefighters were threatened.

“It’s unfortunate when violence or threats hit us in the fire station,” said Zac Unger, president of the International Association of Fire Fighters, Local 55.

It all started Thursday afternoon when a firefighter, who was driving his personal truck, saw two men throwing something at a spot near Skyline Boulevard, near Grass Valley Road.

The men spotted the firefighter, got into a car and started chasing him. They followed behind the man’s vehicle and followed him. The firefighter applied his brakes and the car drove away.

He returned to the dump and found a backpack with two loaded guns inside. Both were 9mm Glock semi-automatic handguns with extended magazines.

The firefighter brought the weapons back to the fire station. But the same men from before stopped at the station and started threatening him and other firefighters.

Oakland Fire Chief Reginald Freeman said some of the firefighters locked themselves inside the fire hall.

Oakland Police rushed to the scene, but the men were already gone. The firefighters came out of the incident shaken, but unharmed.

“Nothing and no one will stop them from performing their sworn firefighting duties for our great city,” Freeman said.

Gentry Eagleton of Oakland drove near the landfill as he walked towards an Uber passenger.

“They were really brave to hold on and keep the guns and stuff,” Eagleton said. “Great respect for them, for sure. “

“In the end, our firefighters pulled guns off the streets, and that is to their credit, and their bravery, and it’s a shame that it earned them threats,” Unger said.

Oakland Police said Tuesday that no arrests had been made and the investigation was ongoing.