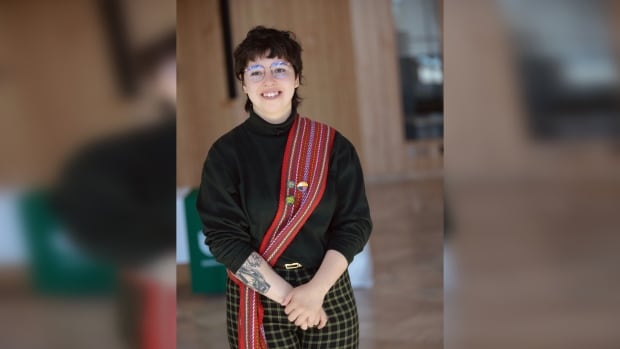 “It kind of pokes fun at struggles”: Métis Youth Council member on false allegations of indigeneity

“It takes away the value of our word,” said Autumn Larose-Smith, a student at the University of Saskatchewan.

Carrie Bourassa is a university professor and Scientific Director of the Indigenous Health component of the Canadian Institutes of Health Research. Bourassa claimed for many years to be Métis, Anishnaabe and Tlingit. A CBC survey found her ancestry to be entirely European. Bourassa has since been placed on leave from both positions.

Larose-Smith said she wondered how this could happen with someone who holds such a high position at the university and in Canada as a whole.

“It kind of pokes fun at the struggles that Indigenous peoples in Canada have faced and still face to this day,” she said.

8:54Carrie Bourassa controversy hurts others who find their own voice as Métis, says Autumn Larose-Smith

Leisha Grebinski speaks with Autumn Larose-Smith, who was elected president of the Métis Nation Provincial Métis Youth Council this weekend. 8:54

Larose-Smith said that historically being Métis was not something that moved you forward in your career or socially “it was something people had to hide.”

His great-great-grandfather was a WWII veteran. When he lived in North Battleford, he had to hide his Métis identity in order for people to hire him.

“He had to make the ultimate sacrifice to hide this part of who he was in order to just put food on the table,” she said.

Larose-Smith said this created a lasting effect on his family line.

“To this day, four generations later, I am working very hard to get my identity back,” she said.

Larose-Smith was elected president of the Provincial Métis Youth Council this weekend. She is interested in her Métis history and her own genealogy.

She was followed by a person of the same name as her on Instagram. She reached out and jokingly asked where this person was from, and it turned out they were related. They started to exchange stories and pictures.

“It’s just a really amazing experience which I think is particularly unique to the Métis,” she said, adding that many Métis have done the research or have the privilege of doing the research to learn the names that are in their ancestry or genealogy. She said other indigenous peoples may not have access to these names.

Larose-Smith created a video in which she said it wasn’t an insult to ask ‘where are you from? Because it’s a way to bond within the Métis community. She shared the video on a Métis Facebook page and in one day, 30 people reached out and said they were related to her.

“It’s really a way for us to build these relationships and connections, which we might never have had without this information,” she said.