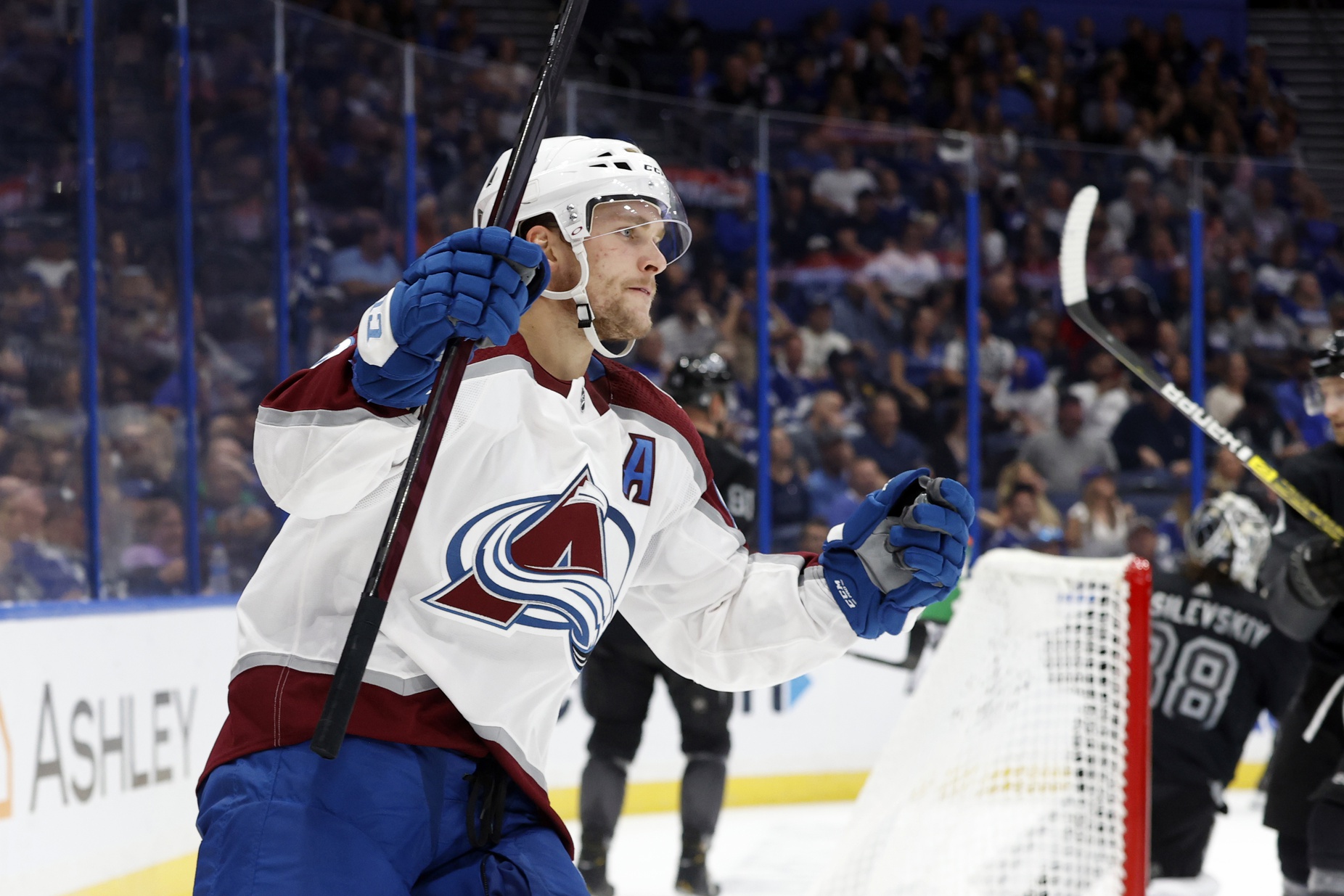 It was by far the most entertaining game in the Avalanche this season and it was all thanks to the team’s best guns.

Colorado faced two-time defending Stanley Cup champion Lightning from Tampa Bay on Saturday and pulled away from Amalie Arena with a 4-3 shootout victory. Nathan MacKinnon, Mikko Rantanen Gabriel Landeskog and Cale Makar all rebounded in significant ways, scoring all of the Avalanche’s goals – including those from the shootout – to end a three-game losing streak.

The front row and Makar are the team’s highest paid players, and along with goaltender Darcy Kuemper, will be the main cogs in the AV’s chances of making a playoff run. Each of them also played big minutes on Saturday.

Even though Colorado’s depth has been wiped out this offseason, the conversation about this team’s success will always begin and end with its top stars.

The ice time leader, arriving at a whopping 28:29.

Makar had his best game yet. And it was very necessary. The 22-year-old was under-8 in the previous two road trip games, but he’s been excellent against the Lightning. He scored the decisive goal in the sixth round of the shootout and had two assists.

More importantly, Makar cleaned up his defensive play, limiting turnovers and doing a great job of keeping the Tampa Bay star power from dominating the game.

MacKinnon had his best game yet. It’s crazy to think this was only his third appearance of the season. In his first two games, MacKinnon averaged less than 20 minutes of ice time, had two assists and had a minus-7 rating. The Avalanche needed more of their top star and they got it against Tampa Bay.

MacKinnon was all over the ice. He scored a power-play goal in the third period, ending Colorado’s scoreless streak with the power-play. He also added two assists. It was the first time on the trip that we saw MacKinnon use his speed to generate offense. In one game in particular, MacKinnon beaten the Lightning’s defense and fed Rantanen for a receiving shot that beat goaltender Andrei Vasilevskiy.

It was only a matter of time before we saw this MacKinnon come to life.

At just his third game of the season, Landeskog played 24:46.

The captain was at the heart of the Avs on Saturday. He was as aggressive offensively as he has been for some time. Rather than always looking for a pass, Landeskog focused on throwing everything he could at the net. It paid off once and almost did it over and over again.

Landeskog had two points on four shots. And who could forget his clutch purpose in the shootout to keep the Avalanche alive?

His 24:43 was the fourth longest ice time for the Avs but the most he has played this season.

Rantanen has scored a point in each of Colorado’s first five games of the year. But despite his consistent offensive production, there was still more to be had from the team’s top scorer last year.

Rantanen’s game on Saturday reached that next level.

He only had one goal, but he also had six shots, was strong in overtime and scored a much needed shootout goal to tie in the opening rounds.

Kuemper’s game was solid. He made 29 saves, some on Grade A chances in a head-to-head with the NHL’s top goaltender at Vasilevskiy.

If the Avs can clean up some of the turnovers in front of Kuemper and he delivers that level of play to his team, then he will be one of the best goalies in the NHL throughout the season.

None of his saves have been more important than a pallet stop on the goal line with four minutes left in the third period. Even though the Lightning ended up equalizing the game moments later, this save by Kuemper was just a glimpse of what he could deliver.

He was also strong when he needed to be in the shootout, stopping the Lightning’s last two shooters to give the Avs multiple opportunities to win the game.

__
Aarif Deen is our Colorado Avalanche reporter. He covers Avs matches live from Ball Arena and attends practice, media availability and other Avs related events on a daily basis. He is also the co-host of Hockey Mountain High: Your go-to Avalanche Podcast. Deen joined Mile High Sports after earning his BA in Journalism and Masters in Business Administration from the University of Michigan at Dearborn. Prior to Mile High Sports, Deen worked for the Michigan Wolverines Athletics Department as the Assistant Director of Sports Information.