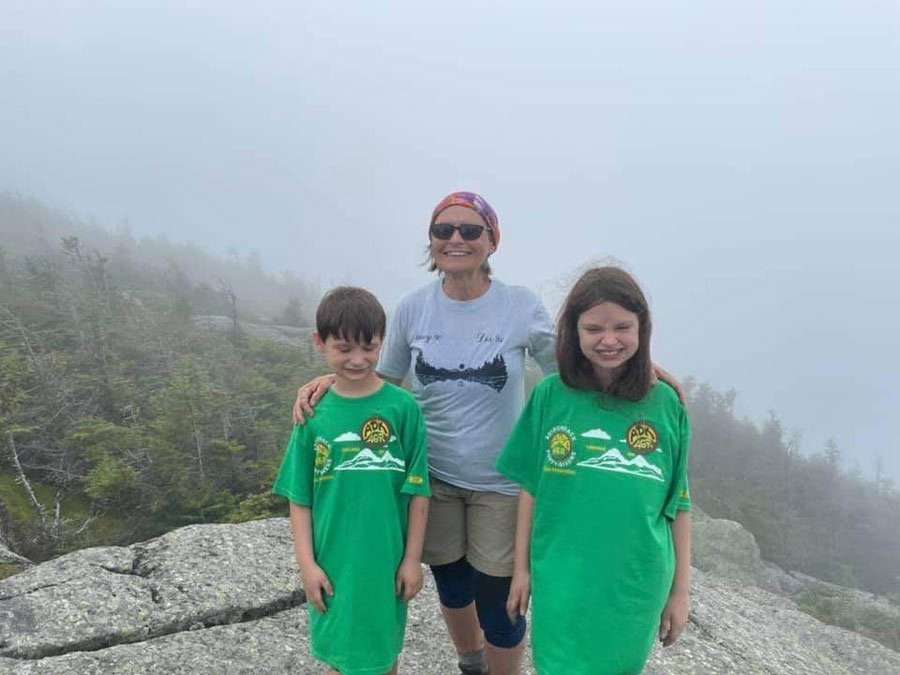 When Marta Bolton Quilliam started hiking in 1990 at the age of 27, she hardly expected to become a 46-year-old – or that her children and then grandchildren would join her in tackling the difficult hiking challenge in the Adirondacks.

Previously an extreme cyclist, Quilliam’s first mountain was the relatively tame Poke-O-Moonshine, at the behest of her then-husband. Then they tackled something a little more difficult: Mount Marcy. From there, Marta became addicted and she became an Adirondack 46er within a year, finishing her 46th High Peak in September 1991, on Dix Mountain (becoming 46er No. 2,971, with later the addition of a “W” for its first winter arrival).

Today, Quilliam estimates that she has hiked all of the High Peaks almost 18 times, six of those times in the winter, but beyond this admirable feat, she has also hiked the High Peaks alongside many members. of the family, including her daughters – Renee Bolton (# 3266) and Jennifer Ward (# 3267). And, this year two grandchildren, Caitlyn and Braiden Rivers, who are waiting to know their 46er numbers.

“My dad and I would go hiking all the time and they wanted to hike as well. They started at age 8 and 10 and ended at age 10 and 12, ”said Quilliam, describing the experience of his two daughters.

Renee Bolton describes her first High Peak hike, on Phelps Mountain: “It was early fall, with a little snow. It was snowing that day. I had decided that day that I wanted to be a 46er, like my parents. That’s about where I took off from there and we made it, ”she said.

“We took trips for two summers and when I was 10 I finished on Mount Ten which is the same one my mom and dad finished on and the same as Caitlyn and Braiden, which is pretty cool. ”

– Renee Bolton, on family members finishing their 46er series on the same mountain.

Bolton’s favorite hike? Mount Marcy, while her favorite of the bunch was Allen Mountain, which she laughed at as “the worst mountain I have ever climbed in my life – long and boring.”

Now Bolton says she limits her hikes primarily to short nature walks, but, while some mothers may have balked at the idea of ​​her young children taking on such an arduous – and often risky – hiking challenge. , she was thrilled that Caitlyn and Braiden took on the 46er challenge alongside their grandmother.

“I thought it was a good thing for them. I think hiking and doing that, and having a goal, will help them later in life, especially with their work ethic, ”she explains. “As an outdoor girl, growing up, I not only hiked, but climbed and everything, and that taught me not to be lazy. Kids these days still love video games and stuff like that and they don’t even leave the couch. It’s nice to know that my kids are out there doing something, getting some fresh air and setting goals. She says since she started her hiking challenge, she has noticed improvements in her children’s motor skills and mood.

So what inspired the kids to pursue their 46er status in the first place? As has been the case with many people who have started hiking more seriously and often over the past year or so, it all started with an effort to get out, be healthy, and find something to do in the middle. of the pandemic.

“Last year during COVID, we had nothing to do,” Quilliam describes. “One day we finished school… and I said, let’s get our backpacks, and we got on Whiteface, on the freeway. It started the fire and we never stopped.

This time the 46 High Peaks hike was different for Quilliam. When she hiked the peaks as a mother, she had the father of her daughters to help her with all the challenges of hiking with children. With Caitlyn and Braiden, it was just her, at least at first.

“Lucky for us, 27 hikers came forward via Facebook, saying, if you need any help let us know. We go here or there if you want to join us…” she said. “I’m just right. amazed at how successful the backpacking community has really been for me and the kids and has stayed with us for the 15 months we have been doing it… We never lacked a partner. ”Many of these backpacking friends have joined the trio on their last hike, on Ten Mountain, cheering them on as the children grew into the family’s 46-year-old third generation.

So what’s next for Quilliam and the kids?

Caitlyn (whose favorite hike was Whiteface) says she’s ready for more hikes, although she admits the process to becoming a 46er wasn’t exactly easy. “The hardest part was getting up early and my feet were sore and muddy,” she notes. “In the 46ers, you have to get up a lot and be strong. It takes a lot of effort. When I say a lot, I mean a lot. You will be tired after each High Peak no matter what.

Braiden, meanwhile, is ready for a break, saying his favorite part of the experience ends on Ten.

Quilliam anticipates that they will then work on the challenge of the fire tower hike.

“The whole experience was just amazing,” she says. “I can’t lie about it. I don’t think there are a lot of 46ers who went out and did all 46 with their grandchildren, let alone their kids too. I did the 46 with my two daughters and the 46 with my grandchildren… Ten will always have special memories. This is, for me, our generational finishing peak. My daughters, myself and my grandchildren all ended up on Ten.

Sign up for one (or more) of our daily and weekly newsletters and we’ll send you a free guide to short hikes in the area, compiled from our popular “Short Hikes” guide series.

Archie Comics doubles up on ‘humor, heart and horror’ in 2022 and beyond

The big difference between Portland’s violence today and the 1987 record? Guns and indiscriminate fire